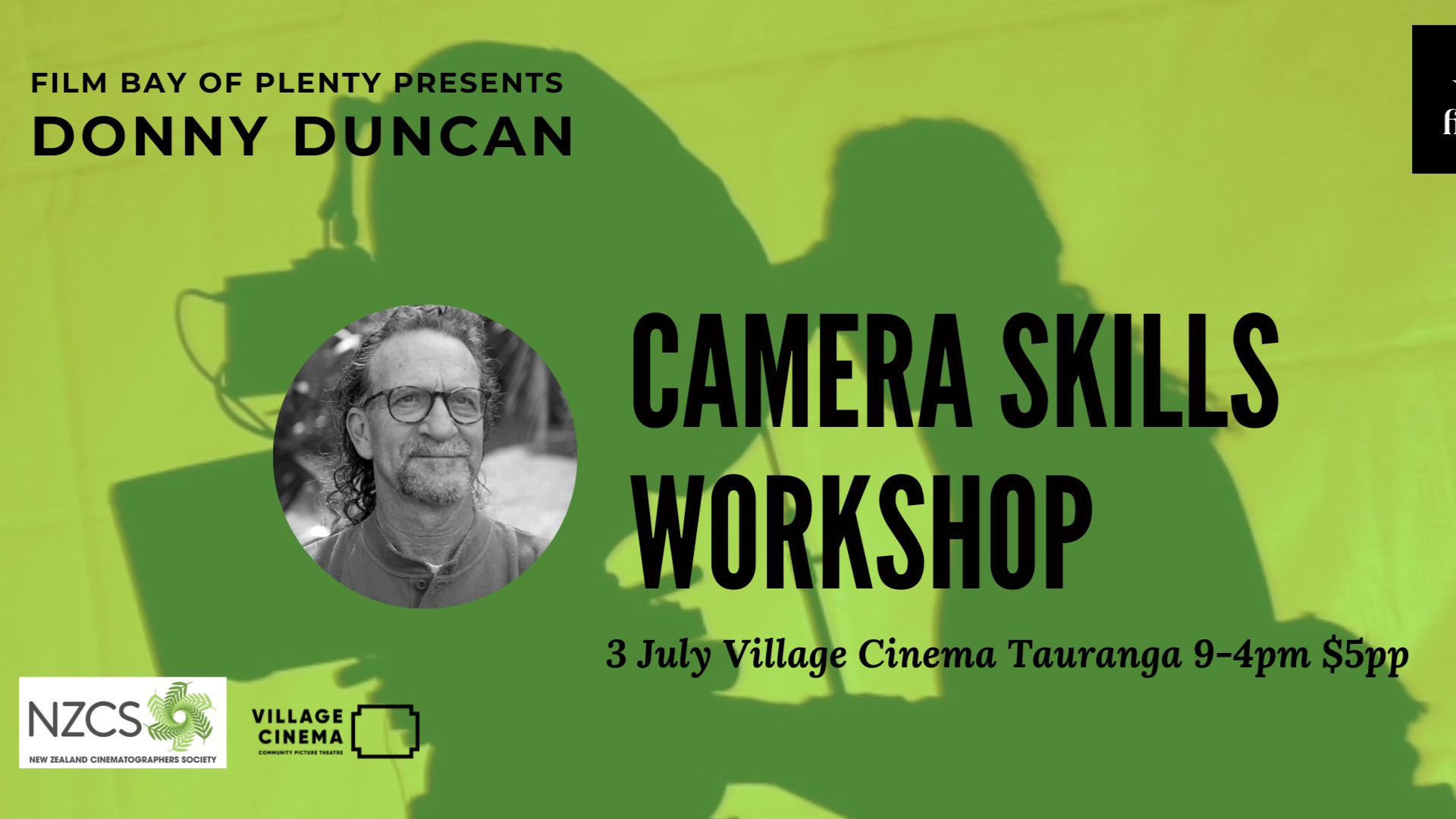 Presented by: Film Bay of Plenty

Due to popular demand we have had to run a second Camera Skills Workshop! This intensive one-day workshop will look at some basic building blocks of cinematography.

Join us for an intensive one-day workshop, looking at some basic building blocks of cinematography for drama, such as web series, short films, tv series and feature films.

The program will include practical demonstrations with cameras and lights, theory and insights from Donny’s personal experience and stills and video excerpts.

Topics covered will include:

This course will appeal to a wide range of experience levels including camera operators looking at broadening their experience, camera assistants on the move up, and directors wanting inside knowledge about the craft.

Donny Duncan NZCS, has been a cinematographer for over 30 years, with a wide-ranging career that includes music videos, short films, documentaries, TVC’s, international tv series, local feature films and US tele-movies. Among his DP credits are five seasons of Universal Television’s “Xena: Warrior Princess”, two seasons of ABC television’s “Legend of the Seeker”, four telemovies for the Disney Channel USA, and NZ feature films “Snakeskin” and “Kiwi Christmas”. He has also lectured in cinematography for 2 years at the Unitec School of Performing and Screen Arts and is currently the part-time Professional Development Manager for the NZ Cinematographers Society.