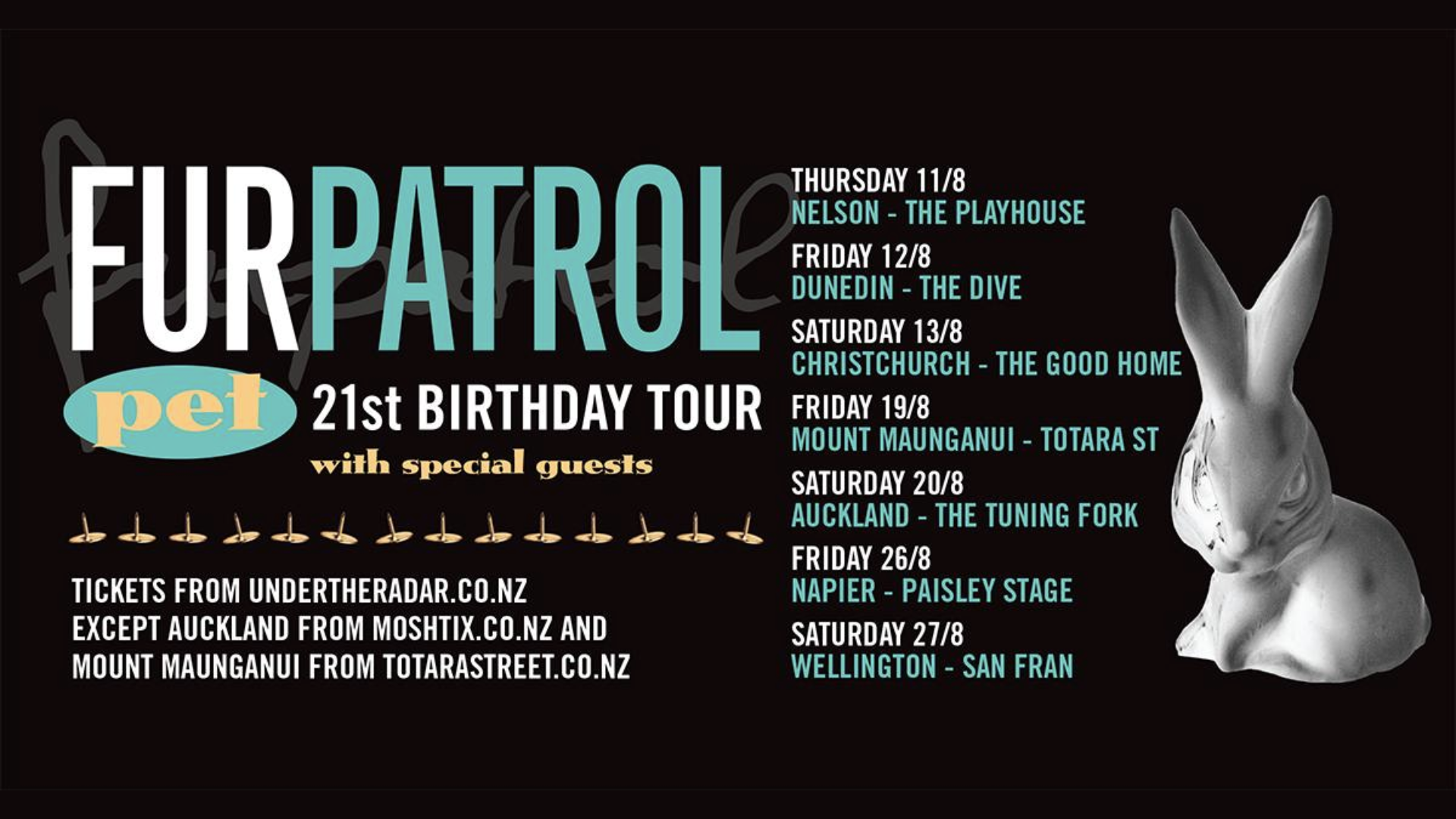 After the tour being rescheduled three times due to Covid restrictions, Fur Patrol are finally getting the band back together and taking the record on the road.

Fiery frontwoman Julia Deans will be joined by bandmates Simon Braxton (drums) and Andrew Bain (bass). “We’re so looking forward to reloading and playing these songs live again, and just being in the same room together – it’s been a minute!” says Julia.

Fur Patrol are chomping at the bit to get out and play. Don’t miss the chance to hear this iconic album live!