Local treasure Gordy Lockhart – writer and busy Dad of co-working space The Kollective – has some big projects in the wings. We chatted about what it takes to write a play, aliens, and what Pride means to him.

CBOP: You’ve got an exciting few months ahead of you! Firstly, you’ve co-written The Blues Brothers: First Contact (opening 17 April at Tauranga Musical Theatre). What inspired you to put a twist on the original?

Gordy Lockhart: We had to. Judy Belushi explained we wouldn’t be able to use the original movie script given Universal Studios owned that copyright. The option was don’t do it, or write your own show. Not wanting to sit down at that point, we thought, meh, what could go wrong.

CBOP: Can you give us any hints on what we can expect?

GL: Well, a Blues Brothers story has 5 key themes. Being released from Joliet Detention Centre, being given a mission, forming a band, being chased for various reasons and performing a big final gig. We’ve got all those themes combined with secret locations, Alien First Contact and big ole twists in the end.

CBOP: How does it feel now it’s all come to fruition?

GL: Amazing. That we’ve written the first Blues Brothers stage musical ever is super cool. That’s it’s been given the approval of Judy Belushi and Dan Aykroyd is even cooler and that it’ll be premiered here, in little ole Tauranga just rocks the casba!

CBOP: Do you have any advice for writers starting out?

GL: I must highlight my co-writer Liam Hagan. I guess the key tip that really helped us was to have the right skills for the right project. Both Liam and I love the Blues Brothers but we have different, complementing skills. Liam is the script writer and the stage direction professional. He understood how to put the show on a stage. I’m the ideas guy who came up with the original concept and had who, given my 30 years on the stage, kinda knew how it might play out. The idea on it’s own wouldn’t have flown, but similarly just knowing how to write a script wouldn’t have cut the mustard either. Teamwork.

CBOP: And before The Blues Brothers opens, you’re co-organising Tauranga Pride Picnic! What are you excited to see on the day?

GL: The people. Pride is all about people and more importantly, anyone being themselves. Last year’s inaugural event was amazing and such a pleasant surprise to see so many young people just holding hands with whomever they wanted to hold hands with. All very empowering.

CBOP: What’s an important message you’d like the picnic to communicate?

GL: Pride is a protest, Pride is a celebration, Pride is about understanding that the only thing that truly matters in life is being happy. The message is 100% You B You!

CBOP: Will The Duchess be making an appearance?

GL: Bahahahaha. No, we’ll have quite enough queens on the day for my bad panto dame to make an appearance. I will be MC-ing though with Leonie from Moana Radio.

CBOP: We hear there’s a party happening the night before – can you give us the lowdown?

GL: There sure is. While Pride Picnic is the main family-friendly event on the Sunday, the after-show but before party is on Saturday 7th March at the Voodoo Lounge. We felt we needed to expand pride and really start to make sure not only was the message loud and clear, but also that there was something for everyone. The Pride Party is part of that concept. So too is ’16th Ave does Pride’. This is a two night production from 16th Ave Theatre’s writers group Black Box Productions. On Friday 6th and Saturday 7th March, Black Box present two monologues and a one act play written by locals and all with an LGBTQI theme. These should again break down more barriers and provide other demographics with access to what’s sure to be an educational and entertaining event.

CBOP: Any other exciting things on the radar?

GL: The University of Waikato Tauranga Campus have taken to pride this year in a big way. It’s their O week and they have plans in place that culminate in both the Pride Party on Saturday night and the main event on Sunday. Just amazing to be able to really activate the 1000 new students starting in Tauranga CBD.

The other bits and bobs are still a bit of a work in progress. Last weekend, Auckland City Council organized the rainbow light up of the harbor bridge, the Auckland Museum and The Sky Tower. Last year, Wellington City Council painted the threshold of Wellington International Airport’s runway rainbow colours. There really is no excuse for Tauranga City to not come to the party and really show Tauranga in the spirit of Kotahitanga.

Head along to Tauranga’s Pride Picnic on Saturday 8 March, and follow the Facebook page to stay in the loop about the day’s line-up! 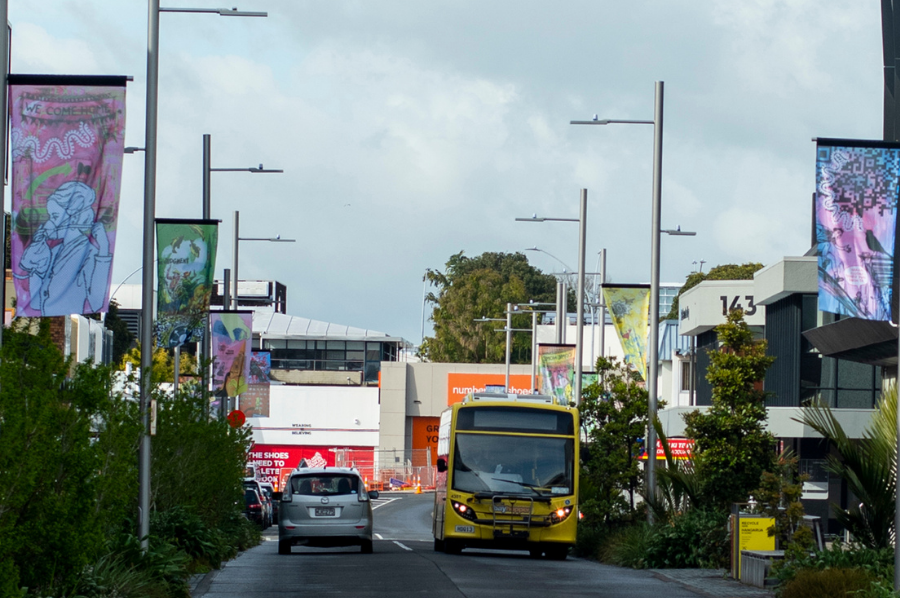