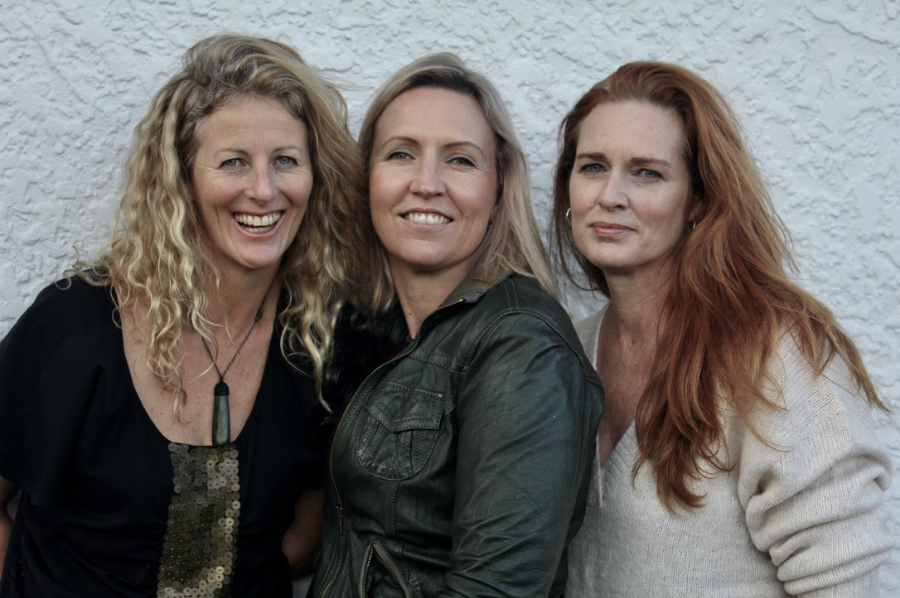 The launch of Film Bay of Plenty’s showreel this month is already exciting international and national film producers and directors intent on finding new film-accessible and friendly locations.

“The pre-production work on the showreel included working with all the local councils and Iwi to film across fourteen locations, capturing some of the many highlights around the Bay of Plenty,” says Film Bay of Plenty’s Western Bay and Tauranga executive Tracy Hampton who also produced the showreel.

“Filming included boating into a canyon and using drones to showcase the powerful vast landscapes.”

Tracy, who comes from a background as an executive producer with extensive experience in film and television, is co-leading Film Bay of Plenty with Jade Kent who is responsible for Eastern Bay, Rotorua and Taupō.

“With notable films having previously been filmed here, we are excited to continue to promote our locations to international productions, showing our diverse, unique locations,” says Jade, who has previously worked for TVNZ, Maori TV, Sky and Al Jazeera.

Film Bay of Plenty, which launched in 2016, is a regional film office that connects national and international productions with crew, locations and infrastructure based in the Bay of Plenty. It also supports the development of up and coming film studios.

“Our role for the region and any potential studio is to collaborate and help to facilitate a pipeline of work,” says Jade.

Productions already filmed in the Bay include the television series Vegas, Shannara, Disney’s Pete’s Dragon, Yogi Bear, Mulan, Runaway Millionaires, Frankie Jean and the Morning Star, Taika Waititi’s Boy, Narnia: The Voyage of the Dawn Treader, and Without a Paddle. Muru, which was filmed in Taneatua in 2020 is due to be released in 2022.

Film Bay of Plenty’s leadership team also includes marketing manager Elysia Gibb, who has a tourism, logistics and marketing background, and has worked on feature films including The Hobbit, Wolverine, Yogi Bear and 10000BC.

The showreel, which was funded by the NZ Film Commission and filmed by a Bay of Plenty crew, has been met with high praise from councils and producers around the Bay.

“Tauranga’s screen sector is experiencing an exciting period of growth, with Council receiving a significant increase in enquiries from production companies wanting to film in some of the great locations we have around Tauranga,” says Tauranga City Council Arts and Culture Manager James Wilson.

“Earlier this year, during the Long Term Plan consultation process, Council received a number of submissions from film practitioners and organisations, advocating for investment into the development of the local screen sector. In response to this, Council has recently renewed its support of Film Bay of Plenty, who passionately advocate for and promote our city as a ‘film-friendly’ environment.

“Film Bay of Plenty are working in partnership with Council on a number of initiatives, designed to encourage national and international productions to film in Tauranga. We know that there are a great many skilled practitioners and crew based in Tauranga, and that our creative workforce is a real asset for our city in attracting productions to the region,” says James.

Tihini Grant, a founding member of Rotorua’s Steambox Film Collective and a Film Bay of Plenty board member, says the showreel also showcases the Bay of Plenty as a place where producers can find the whole package of studios, sound stages and well-trained film crews ready to work on new productions.

“As a film hub, Film Bay of Plenty works right across the Bay from Taupō through to Whakatane and Ōpōtiki and Tauranga,” says Tihini. “We have a training programme that we’ve run twice now where trainees have gone on to get first-hand experience in the industry on different productions. The overall vision is to build the capacity not only with bricks and mortar but also in the human resource department.

“We’ve all worked in the film industry around the country for 20 years plus, and have an interest in getting film productions here so we don’t have to travel away from home so much. The showreel gives producers a glimpse in a nutshell of what we here in the Bay have to offer as far as locations are concerned, to get them interested to come here to film, as well as pick up some of their crew that live locally.”

“People probably don’t know how beautiful the region is so we want to showcase that,” says Joel, who has been doing mostly commercial work as a videographer, director and producer, and worked on the Taupō segment of the showreel.

“It was a combined effort and I think that highlights the strengths of the region. We’re small but we’re mighty.”

As the showreel’s producer Tracy says creating it is a great example of working with an experienced team.

“It’s always a pleasure to film with a skilled crew,” says Tracy. “Thanks to the New Zealand Film Commission for supporting it, this showreel will be promoted over international and national platforms.”

The Film Bay of Plenty showreel can be viewed here. 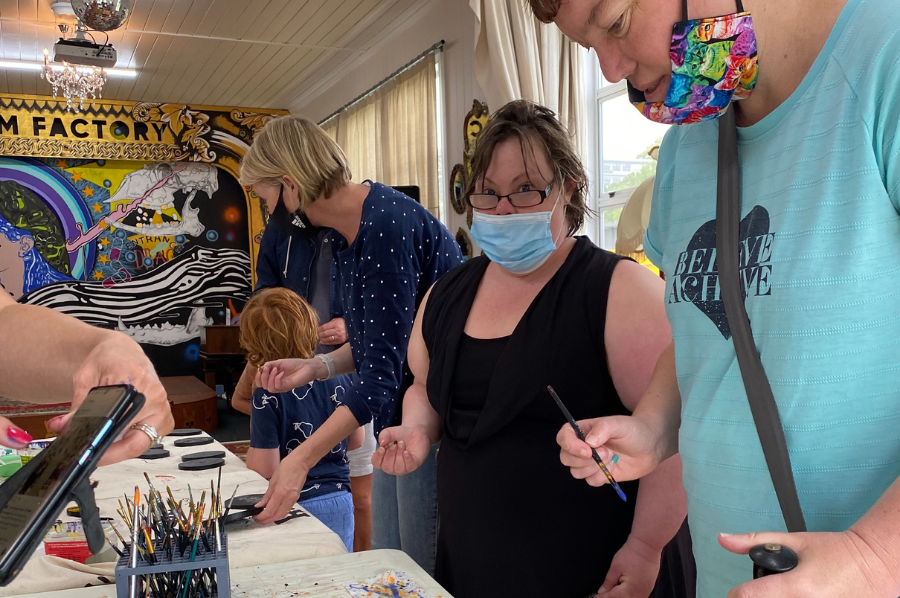 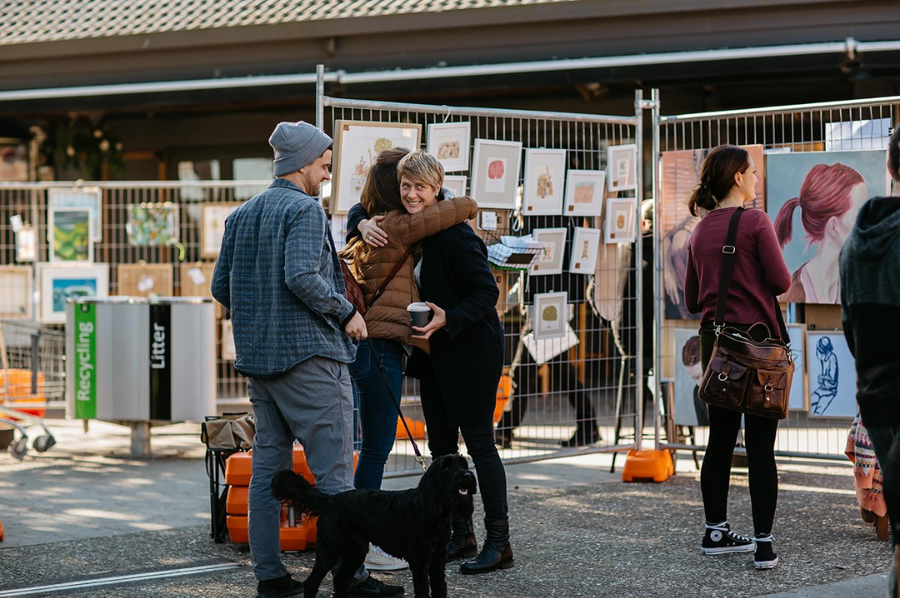 Exhibit at the Art Street Fair!

Artists, this is for you! Art Street Fair are looking for artists who want to exhibit and/or sell their artwork at the Christmas fair.

It was awe-inspiring to stand beneath Darcell Apel

Thanks SunLive @sunlivenews for publishing this ar

Meet our trustees!⁠ ⁠ CBOP has an enthusiastic

We ask each of our Creative Patapatai interview su

Did you know that YOU can write posts for the Crea

What is your vision for Tauranga Moana? 💡 Taur

A wonderful day was had! Thank you to all of you w

Our podcast series has its own Instagram! Go and s

Tell Me Tauranga/Kōrerohia Mai was a success! Thi