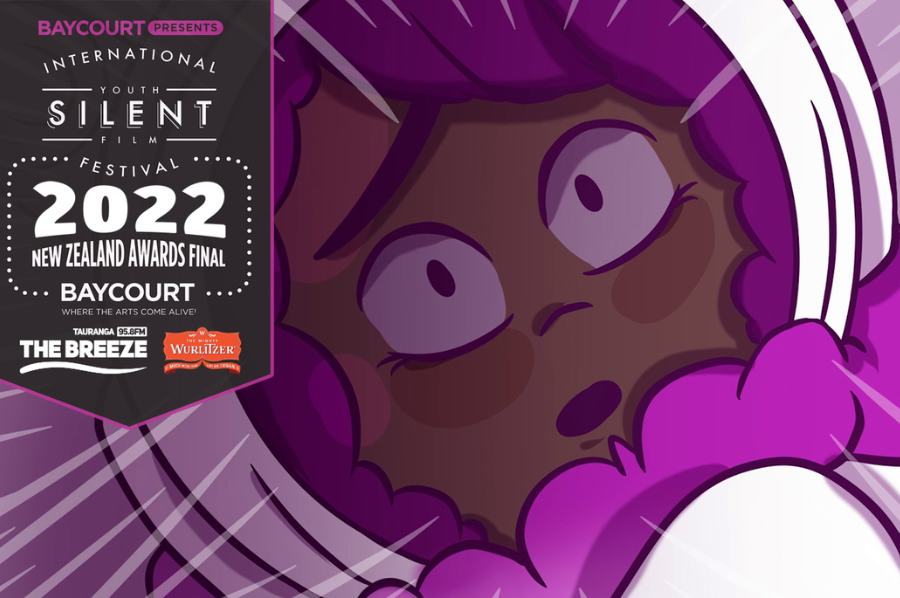 The search is on for the best young Kiwi filmmakers in Aotearoa with submissions now open for the 2022 International Youth Silent Film Festival (IYSFF) New Zealand Nationals.

The IYSFF is an annual global competition challenging young filmmakers, aged 20 and under (as of April 15, 2022) from across the United States of America, Montenegro, Hungary, Australia, The United Arab Emirates, and New Zealand to create a three-minute silent film set to one of 10 musical scores composed specifically for the festival.

Submissions for the 2022 competition close at 11.59pm on Thursday 1 September. For more information or to enter, visit the IYSSF’s global website at www.makesilentfilm.com

A panel will select the top 15 films to be screened live at the NZ National Awards Final on Wednesday 16 November, taking place at the home to the IYSFF in Aotearoa, Baycourt Community & Arts Centre in Tauranga.

This year there are prizes for the top three placed films plus seven ‘Best Of’ category awards to be won. In addition, the top two Kiwi films will go on to represent New Zealand at the annual IYSFF Global Awards in Portland, Oregon, USA, in 2023.

“The IYSFF provides an amazing opportunity for our young Kiwi creatives to share their stories and imagination not only with their friends and family, but with all of Aotearoa, and indeed, globally too,” said Baycourt manager Reena Snook.”

“It’s an exciting time when submissions open and the films start to stream in. Since the New Zealand division of the IYSFF debuted at Baycourt back in 2016, every year the films entered are consistently of a superb quality. We’ve got no doubts this trend will continue in 2022.”

The Aotearoa organisers are also delighted to announce they will be once again rolling out the red carpet for this year’s National Awards Final, which will return to being an in-person ceremony after two years of online broadcasts due to the Covid-19 pandemic.

The cherry on the top for the Aotearoa organisers is IYSFF founder Jon ‘JP’ Palanuk will be travelling to Aotearoa from the United States to attend the NZ Awards Final – the first time since 2018. JP will be joined at the ceremony by the IYSFF’s official composer Nathan Avakian, who will perform the soundtrack for each of the 15 finalists’ films live on Baycourt’s mighty Wurlitzer Theatre Organ.

“Both JP and Nathan are massive champions of the Aotearoa branch of the IYSFF competition. We’re over the moon that they’re planning to travel halfway across the globe to join us in celebrating our amazing young Kiwi filmmakers this year,” said Snook.

The IYSFF NZ Nationals 2022 is delivered with support from major media partner The Breeze Tauranga 95.8FM.

For rules, soundtracks, or to make a submission visit the IYSFF’s website at www.makesilentfilm.com or for more information about the IYSFF NZ National 2022 competition visit www.baycourt.co.nz/youth/iysff-nz-nationals

WHAT IS THE INTERNATIONAL YOUTH SILENT FILM FESTIVAL?

The IYSFF is an annual global competition challenging young filmmakers, aged 20 and under (as of April 15, 2021) from across the United States of America, Montenegro, Hungary, Australia, The United Arab Emirates, and New Zealand to create a three-minute silent film set to one of 10 musical scores composed specifically for the festival by award-winning organist and  composer Nathan Avakian.

For each submission, filmmakers must choose one of the 10 pre-recorded musical themes upon which to base the film: Charmed, Action, Horror, Slapstick, Mystery, Science Fiction, Western, Noir, Discovery, and this year’s new soundtrack Reflection.

The festival was founded in 2009 by Jon ‘JP’ Palanuk who, after attending a live theatre organ concert at the time, was so inspired by what he heard that he decided to create a competition for young filmmakers to create their own silent movies. The global competition made its New Zealand debut at Baycourt Community & Arts Centre in Tauranga in 2016.

The top two films from the IYSFF NZ Nationals 2021 will compete in the IYSFF Global Awards Show traditionally held at the Hollywood Theatre in Portland, Oregon, United States, in 2022.

Tauranga is fortunate to have a Wurlitzer Organ (A.K.A The ‘Mighty Wurli’) which is the largest type of musical instrument in the world. There are only three Wurlitzers in New Zealand, and Tauranga’s is the only one in such an original condition.

The theatre organ consists of a console that dramatically rises from beneath the stage, connected to thousands of pipes; a piano keyboard, a xylophone, castanets, bells and drums.

Baycourt Community & Arts Centre manager Reena Snook said the Wurli is a tremendous asset for Tauranga and the IYSFF NZ Nationals is a wonderful opportunity to introduce the iconic theatre organ to a younger generation.

THE GOLDEN SOUND OF SILENT FILM

Invented circa 1894, silent film was the earliest kind of filmmaking and was ‘state-of-the-art entertainment’ up until 1929 when sound film appeared and actors could speak on film.

Without spoken dialogue technology, silent filmmakers had to tell their stories with exaggerated action, printed title cards which provided commentary, and clever plots which could be pulled off pictorially.

Live music, played by a skilled organist, accompanied silent films in the theatres, and added to the experience of seeing these stories on the big screen. 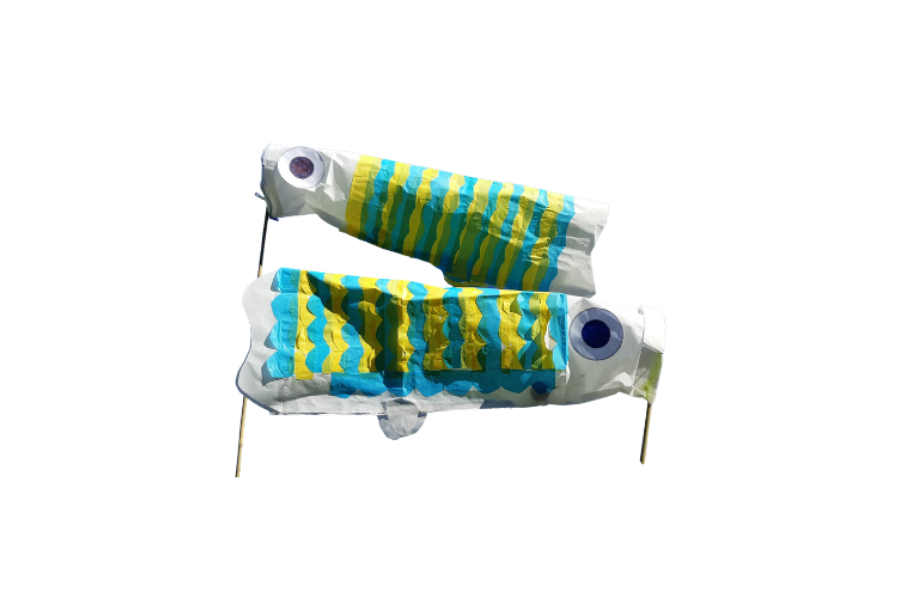 The Lanterns and Lights event includes free workshops where attendees learn how to make a fish or ika lantern and then have the opportunity to join the Lantern Parade with their own lantern. 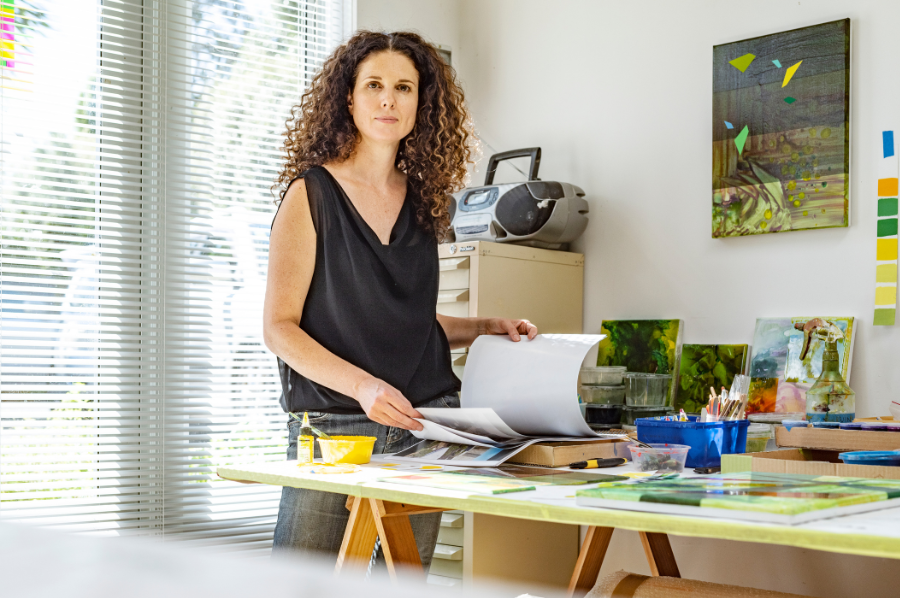 A spectacular, immersive artwork by New Zealand artist Sara Hughes will give new life to the Willow Street bus shelter in central Tauranga. Midnight Sun, which has been in development…
Jun 15, 2022
Creative Bay of Plenty 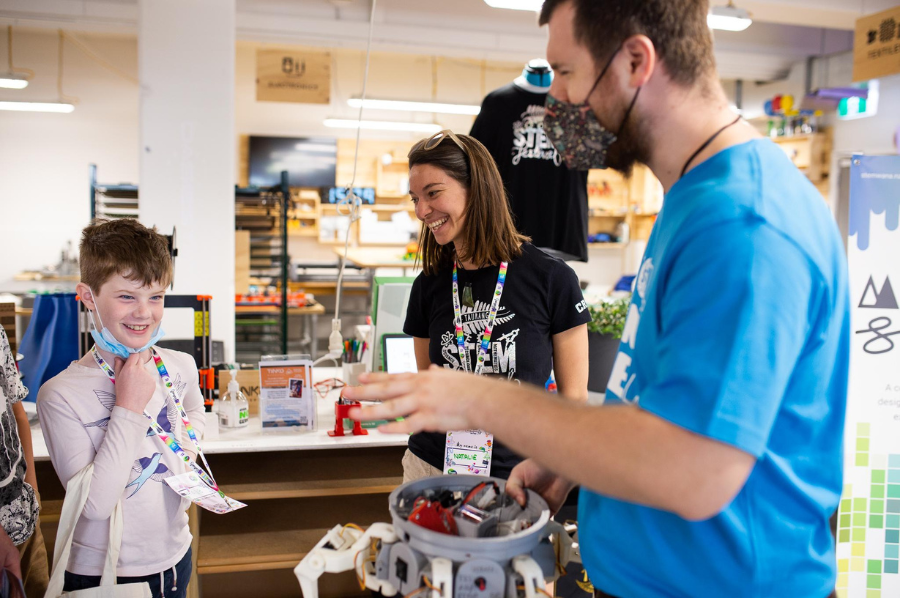 STEMFest returns in 2022 with stellar support

Prepare to take off for the best STEMFest yet as New Zealand’s largest science, technology, engineering, and mathematics festival (STEM) returns after a two-year hiatus. More than 50 exhibitors are…
Jun 15, 2022
Creative Bay of Plenty

It was magical to be outside @taurangaartgallery l

Check out these snaps from the @youth_comps_nz at

Are you a creative and want to understand some of

Join us for the first Creative Connections Lunch o

We love working with @faceupnow to bring you valua

Creative Bay of Plenty is proud to be a sponsor of

It was wonderful to welcome our new trustees last

@boosted.nz is bringing their free crowdfunding wo

Don't forget to register your interest for the fre

Great success at the Financial Literacy for Creati

Social media is a huge part of being successful in

@afterdarkfestivalnz is just around the corner! Jo

Creative Bay of Plenty is thrilled to welcome thre

Welcome to our Creative Directory - the place to b