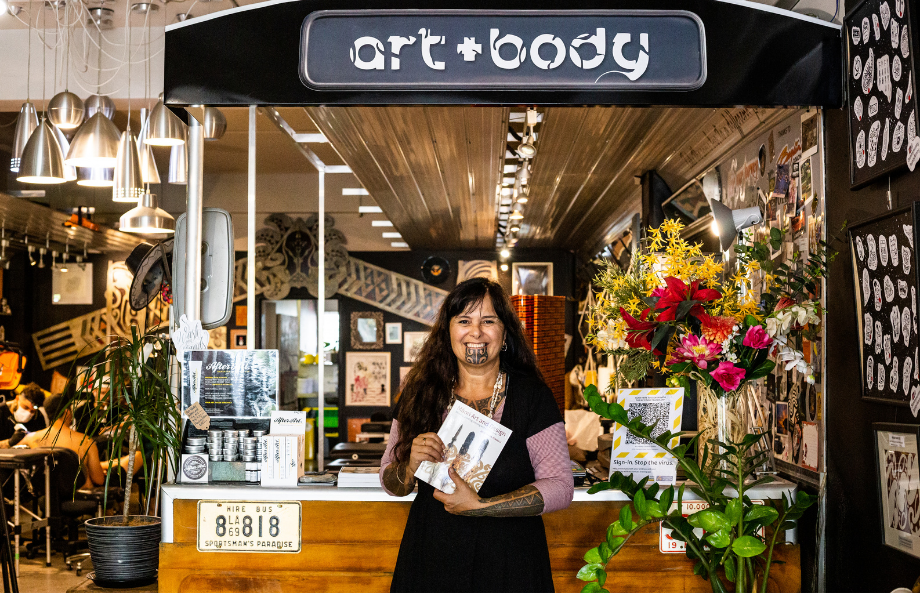 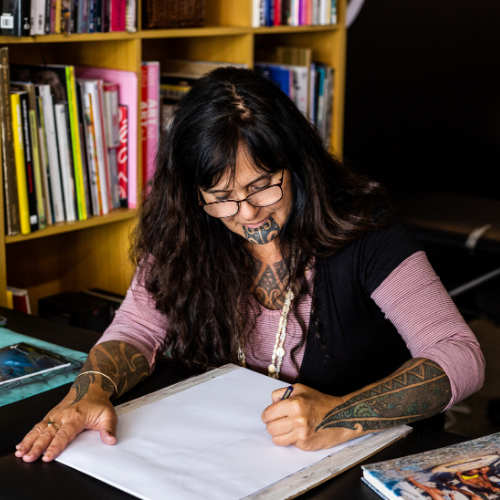 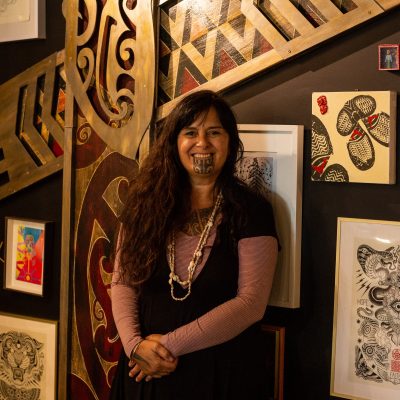 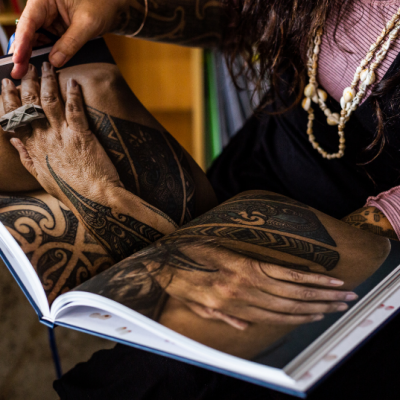 Julie has been at the forefront of developments in Māori Arts since the mid 1980s and was fortunate to have been taught herself by strong visionary Māori artists and mentors. Julie focused her passion on Māori tattooing traditions post-1990, enlightened to the role that Tā moko could play in advancing the health and well-being of Māori.

Vocal in her conviction that within Māori pedagogy body marking serves as a powerful communicator, Julie has equally advocated for the restoration of Māori women within its practice. Active in Tā moko during its fledgling revival, Julie pioneered the role of women as practitioner and the entitlement of women to wear particular types of moko. In 2004, Julie was commissioned – along with New Zealand’s foremost Tā moko artists – to perform her practice publicly at Te Papa National Museum during which time she tattooed full peha or puhoro (covering lower back, hips and thighs to knee) on two women.

While consistently challenged on the involvement of women in customary Māori art practices, Julie has responded by directing leadership in research and social commentary on Māori arts. In 2010, she penned the award-winning book Māori Art & Design, the first comprehensive handbook on the subject. Julie holds Masters qualifications in Third World Development and Māori Visual Arts (honours) as well as Toi Iho certification – a unique registered Aotearoa New Zealand trademark of Māori quality and authenticity – for Tā moko, design and multimedia. While operating a successful studio in Mount Maunganui, Julie is particularly enthusiastic to make connections with other indigenous peoples reviving their tattoo practices. 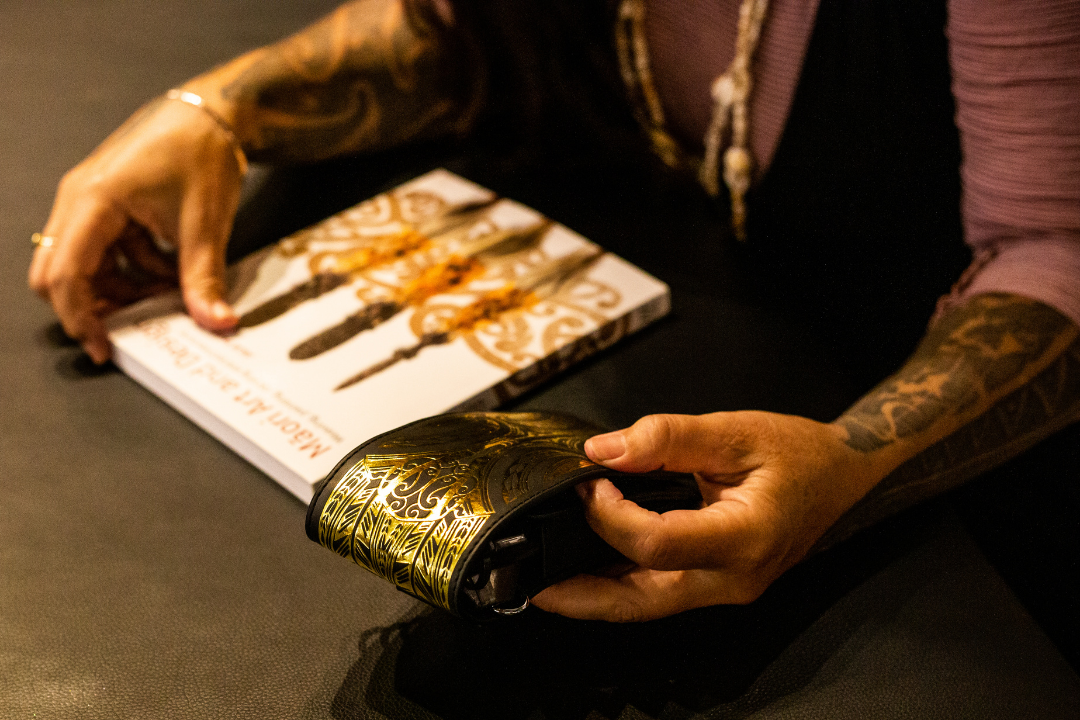